Byron Kantrow Slosar (TC ’00) is confident and charismatic, a whirl of energy about any topic he is passionate about, but he says he wasn’t always that way. According to Slosar, he built HIVE Diversity, a virtual career development and recruiting platform, for the “Byron I was in college. I didn’t really have any idea of who I was, and definitely didn’t understand the power of being my authentic self to anyone – my friends and definitely not potential employers.”

He got his start in career preparation at Tulane more than a decade ago, and by creating HIVE Diversity, he is taking his talent for helping students and recent grads develop personally and professionally to a new level. 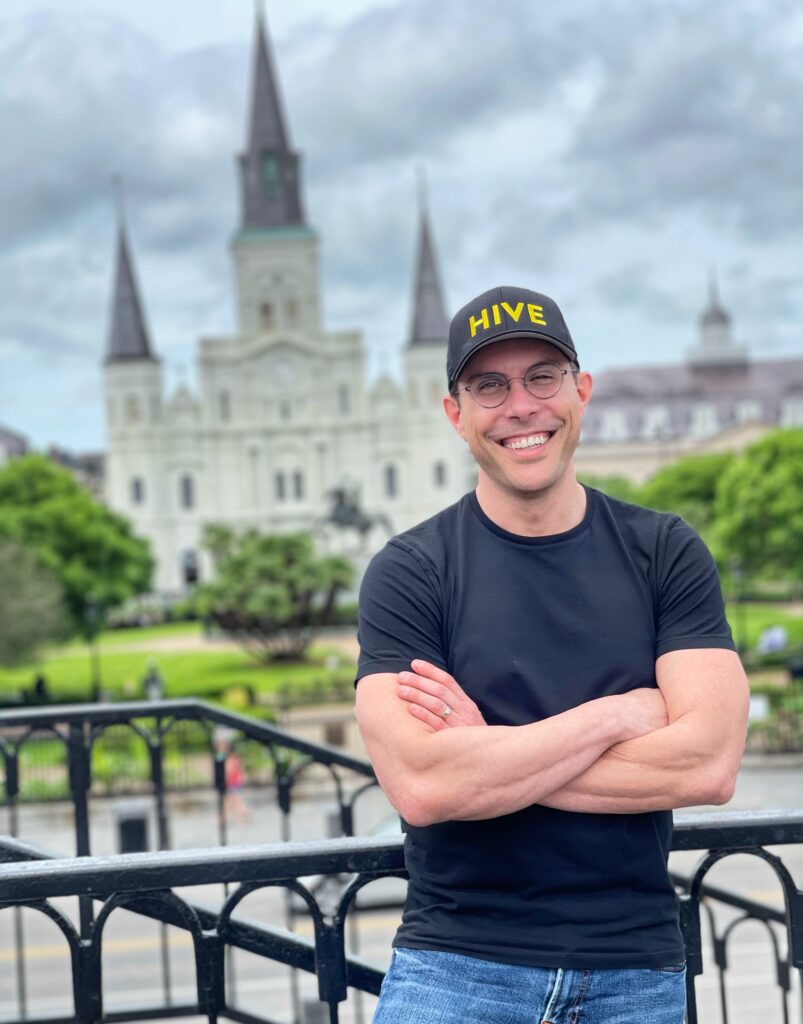 The New York City-based startup with offices in San Francisco, Austin and New Orleans, is helping companies create diverse and inclusive workforces while also empowering young job-seekers to share their true selves with would-be employers. HIVE Diversity launched in October 2020 and is growing rapidly, attracting attention from the media and Fortune 500 companies, and is already helping thousands of college students and recent graduates.

In Slosar’s view, students shouldn’t need money or connections to land a job. HIVE Diversity seeks to simplify and democratize the career recruitment process by taking students through five levels of a gamified process (HIVE5), using fun quizzes and videos to ready them for job interviews and choosing a career. The platform also provides education on diversity, equity and inclusion in the workforce.

The HIVE5 sections are Be Yourself, Be Informed, Be Prepared, Be Professional, and Be Inclusive. On the first level — Be Yourself — students assemble a resume. HIVE Diversity is designed to be user-friendly (the app does all the resume formatting for you). HIVE obtained a patent for the resume builder, which Slosar says he modeled off his love of choose-your-own-adventure books, in which the reader picks their own path through a story. Notably, students can choose whether to share their diverse backgrounds and experiences on their resumes, and 70 percent of them do, Slosar says.

What we are doing now is not just about getting a job, it’s really about understanding who you are, where you fit, and selecting a company based off understanding that.
–Byron Kantrow Slosar (TC ’00), CEO and founder, HIVE Diversity

HIVE works with 40 companies, most of which pay HIVE to recruit students from its platform. Companies include Accenture, Evercore, Steve Madden, Saks Fifth Avenue, Atlantic Records, The International Rescue Committee and Capri Holdings (Michael Kors, Jimmy Choo and Versace). And HIVE employs 11 full-time staff members: “Not a year and a half ago, it was me and an intern,” Slosar recalls.

HIVE Diversity’s CEO and founder, Slosar explains how HIVE approaches the job search: “What we are doing now is not just about getting a job, it’s really about understanding who you are, where you fit, and selecting a company based off understanding that.” 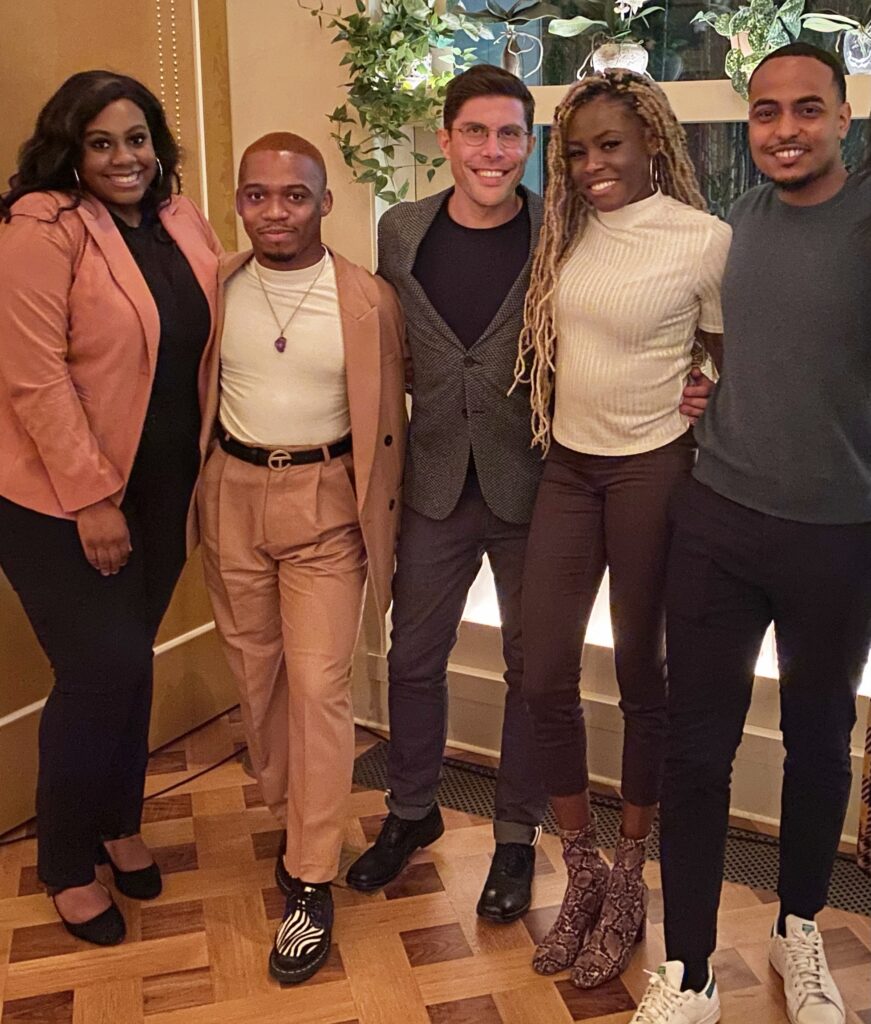 For Slosar, the journey to figure out where he fit was a long one. “I came into who I was as a professional, and kind of as a person, much later in life.”

A Baton Rouge native, Slosar was one of 15 family members who attended Tulane, including three of his five siblings. He majored in sociology, and after graduation worked for Abercrombie & Fitch, running stores in Mobile, Alabama, then Miami. But it wasn’t his calling, and a “little lost,” he returned to New Orleans and Tulane, a place where he felt comfortable. He accepted a job in fundraising at Tulane. 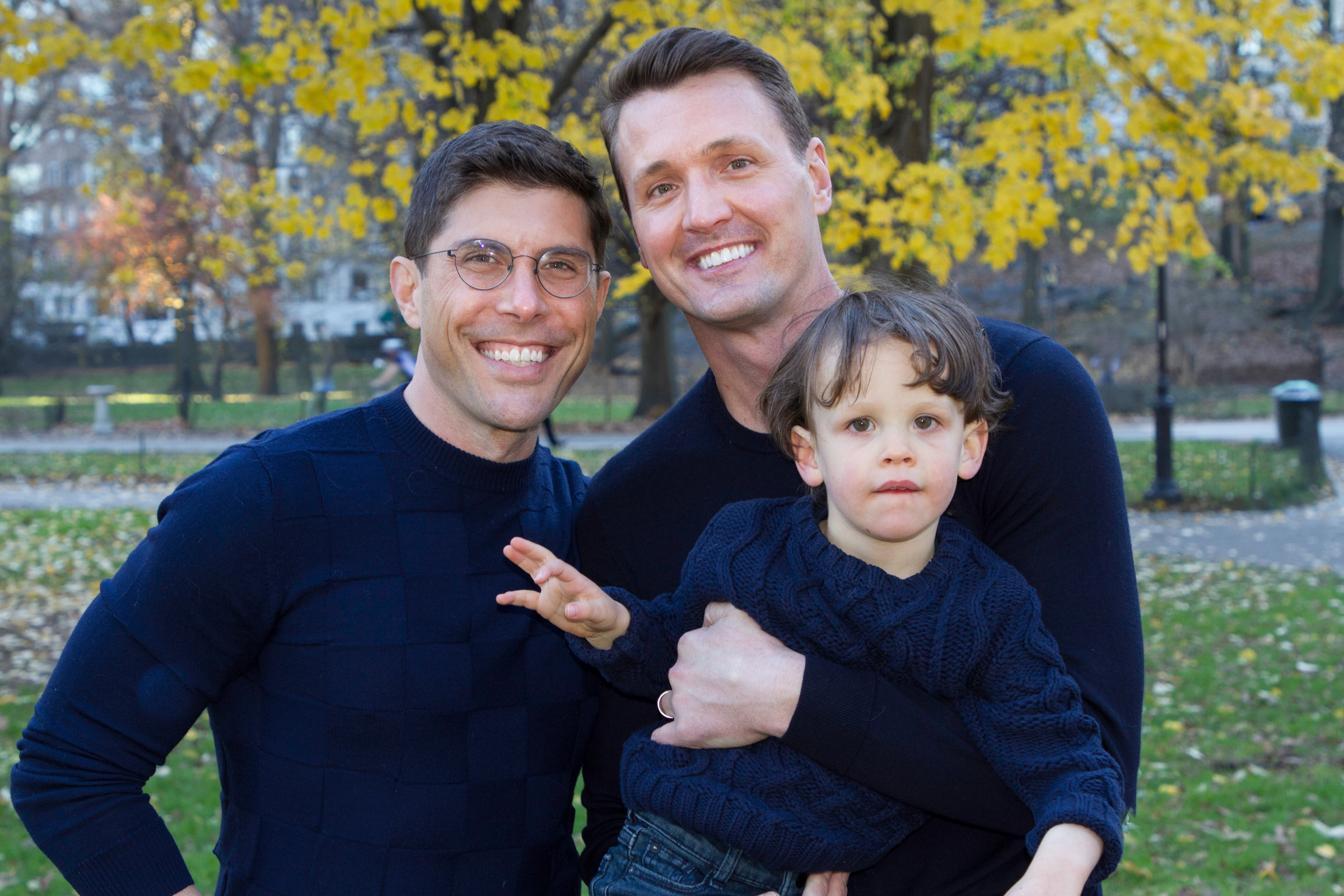 A few years into his career, he was on a work trip in New York City when Hurricane Katrina hit New Orleans, stranding him in the Big Apple. He never moved back to New Orleans. “Thus began the rest of my life in a very different way…I often credit that storm and New York with helping me really understand who I was.” He came out as gay soon after and is now married with a son.

In 2008, he began working on career initiatives for Tulane. He has been instrumental in either launching or expanding some of Tulane’s most successful career programs, such as Career Wave and Tulane Takeover, and still works as a consultant for the university.

It was in 2016, during one of his career networking meetings with a Tulane student, that the idea for HIVE Diversity was hatched.

In a Starbucks on Broadway and Reade St., he and Will Copeland (B ’18, SLA ’18) met to discuss Copeland’s career. At the time, Copeland was an Altman Scholar at Tulane who was interning at investment firm Owl Creek Asset Management during the summer after his sophomore year. He sought out Slosar, knowing he was a fellow member of the LGBTQ+ community.

It’s not just about disclosing something to employers, it’s not just making sure they’re okay with it. It’s really emphasizing the value that your diverse background brings to the workforce.
–Will Copeland (B ’18, SLA ’18), head of finance and chief of staff, HIVE Diversity

Copeland is a transgender man. He was assigned female at birth, but he came out to his parents at an early age. He was struggling with whether he should share his identity with prospective employers during the job search. Slosar encouraged him to do so, saying that Copeland’s life experience — having the communication skills and bravery to explain his true self at such a young age — makes him a valuable employee. “It’s not only about our identity,” Slosar says “it is also about the experience that lives behind the identity.”

Slosar said he recalls being annoyed with Copeland for not understanding “the inherent value of who he was,” but then it hit him that he had been the same as a college student. Then and there, he resolved to figure out a way to help students going forward — on a larger scale. “And so that really was a catalyst.”

Copeland remembers the meeting taught him, “It’s not just about disclosing something to employers, it’s not just making sure they’re okay with it. It’s really emphasizing the value that your diverse background brings to the workforce. I was forced to communicate effectively to my parents and the adults around me who I really was. I didn’t think about how my unique life experience actually made me a better employee.” 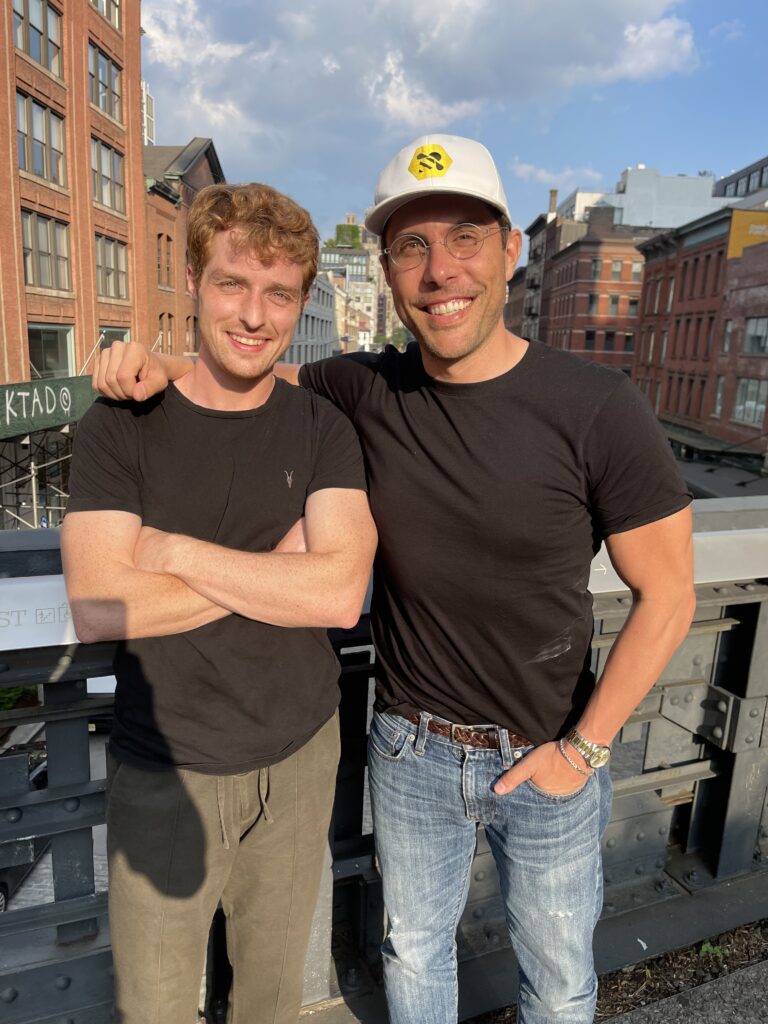 After Tulane, Copeland worked in investment banking at Credit Suisse. He has now found his home at HIVE Diversity as head of finance and chief of staff. He enjoys helping the company grow exponentially and change young lives, seeing what Slosar did for him as a student replicated on a giant scale.

And the ride is only just beginning. More students and recent graduates are signing up for HIVE Diversity every day. And so are large and small companies, ones who see the worth of building a diverse and inclusive workforce, knowing that a variety of perspectives and talents leads to success.

UPDATE NOW
We use cookies to ensure that we give you the best experience on our website. If you continue to use this site we will assume that you are happy with it.Ok