Our love letter to the Crescent City on #504Day

From unexpectedly cooling rain showers to devilishly soul-crushing heat. From the melodies of jazz dancing out of Frenchmen St. nightclubs to zydeco performances headlining neighborhoodsʼ front porches. New Orleans never ceases to amaze. We are beyond fortunate to live, work, study and travel back and forth to a place full of spirit, wonder, traditions and allure.

Every May 4 is an opportunity to simply say thank you, New Orleans! Thank you for the life you give us all. While the rest of the world celebrates fictional characters in galaxies far, far away, we want to take the chance to appreciate and admire something authentic. Something real and inimitable. A city where you know youʼre home by the mere sight, smell, touch, noise, and taste. Stand up, NOLA, and take a bow! This letter of appreciation is for you!

They say youʼve made it when the world knows you by one name. Or maybe even by a few aliases. But, no identity is questioned when a person says the name, Satchmo. Nearly 50 years since his passing, trumpet legend and New Orleans native Louis Armstrong remains the standard bearer in jazz. From his techniques of improvisation to his stand-alone growly voice, Pops was in a league of his own. With a career that spanned over five decades, his influence over jazz can still be heard to this very day.

Prior to her arrival to Tulane, Rachel Sloan (SE ʼ21) once performed the Louis Armstrong classic, “La Vie En Rose,” at his former residency in Queens, New York. A few years later and standing on the cusp of graduation, the senior and trumpet section leader of the Tulane University Marching Band found herself in a full circle moment by traveling to the park grounds that honors his name to once again pay homage. Through students and Armstrong admirers, like Rachel, the legend will always hold our hearts, be a soundtrack to our lives in the Big Easy, keep jazz alive, and serve as a reminder that life can be seen in rosy hues.

“I’m proud to acknowledge my debt to the ‘Reverend Satchelmouth’ … He is the beginning and the end of music in America.”
-Bing Crosby

THE SNO-BALL SHOP ON MAGAZINE ST

Hellʼs front porch. A phrase affectionately coined by New Orleanians to describe how brutal the summer heat can be. That heat, also pairing with humidity, creates a championship tag team of disaster that can leave the finest ‘dos frizzy, all cool demeanors melted, and various underarms under severe attack. So, what or who can you turn to in order to find a little reprieve in a cruel summer? Answer: Neesa Weaver and Imperial Woodpecker Sno-Balls.

The Mobile, AL native Weaver grew up and spent many summers enjoying the cold delicacy with her family and friends in the Big Easy. After completing college, Weaver began a career working in fashion with a world-renowned model agency. But, her passion always remained in giving communities the same enjoyment that she found in those summers as a kid. She created the sno-ball shop originally in New York in 2011, which lasted for three summers. But, even a treat, as joyous and revered by Manhattanites and summertime New York travelers, can always find their way back home.

“Growing up, I would always just get Nectar Cream sno-balls. Because those were [kind of] the flavor of New Orleans that my ancestors have gotten too when they went to go get snow-balls. Itʼs just this real fun bubble-gum pink color but it just have a very simple taste of vanilla and almond to it.”
– Neesa Weaver

Do you drop everything youʼre doing the moment you hear a second line parading in your neighborhood? Do you tear up, even just a little, whenever you hear a rendition of “Do You Know What It Means to Miss New Orleans?” Or, do you instantly run to the dance floor or feel an instant positive mood shift when you hear the phrase, “Cash Money Record taking over for the ʼ99 and the 2000s?”

Music has and will always be a mighty tool. But, in the hands of this cityʼs artists, music becomes a powerful international asset that gets the world to dance to our beats and speak our rhythms. Dr. John. The Neville Brothers. Juvenile. Mahalia Jackson. Harry Connick, Jr. Tank and the Bangas. Jon Baptiste. The Meters. The 504 is a hotbed that produces an array of chart-topping and genre-defining stars whose influence can be felt from Claiborne to Cairns.

Courtesy of New Orleans DJ Ben Shive, this set honors the voices and sounds of the city and region. From Downtown to Uptown. To the Lake and back down to the River. This set is dedicated to all New Orleans artists that keep us moving and grooving – day in and day out.

The definition of an alchemist is someone who possesses the ability to transform or create something through a seemingly magical process. And, luckily for us, the magic of visual artist, and New Orleansʼ own Brandan “BMike” Odums is on full display throughout the Crescent City and beyond. From billboards and building walls near the cityʼs pro sports venues to projects with a variety of international brands, Odums continues to embody the meaning behind his mantra – paint where it ainʼt – and deliver works that genuinely speaks to the soul.

The conversation with Odums covers a variety of topics such as his perspective on New Orleans in the next 10-15 years and defining what it means for cities to achieve both preservation and progress. Furthermore, he also gives us insight into the future of his own 35,000 sq. ft. warehouse gallery, Studio BE, and inspiring the next generation of creators. Throughout the conversation, his passion for art and the city of New Orleans shines through like the bright and bold colors on his wallsized murals.

“An elder told me a long time ago, “As long as you listen to the needs of the community, youʼll never run out of things to say or things to do.”
– Brandan “BMike” Odums 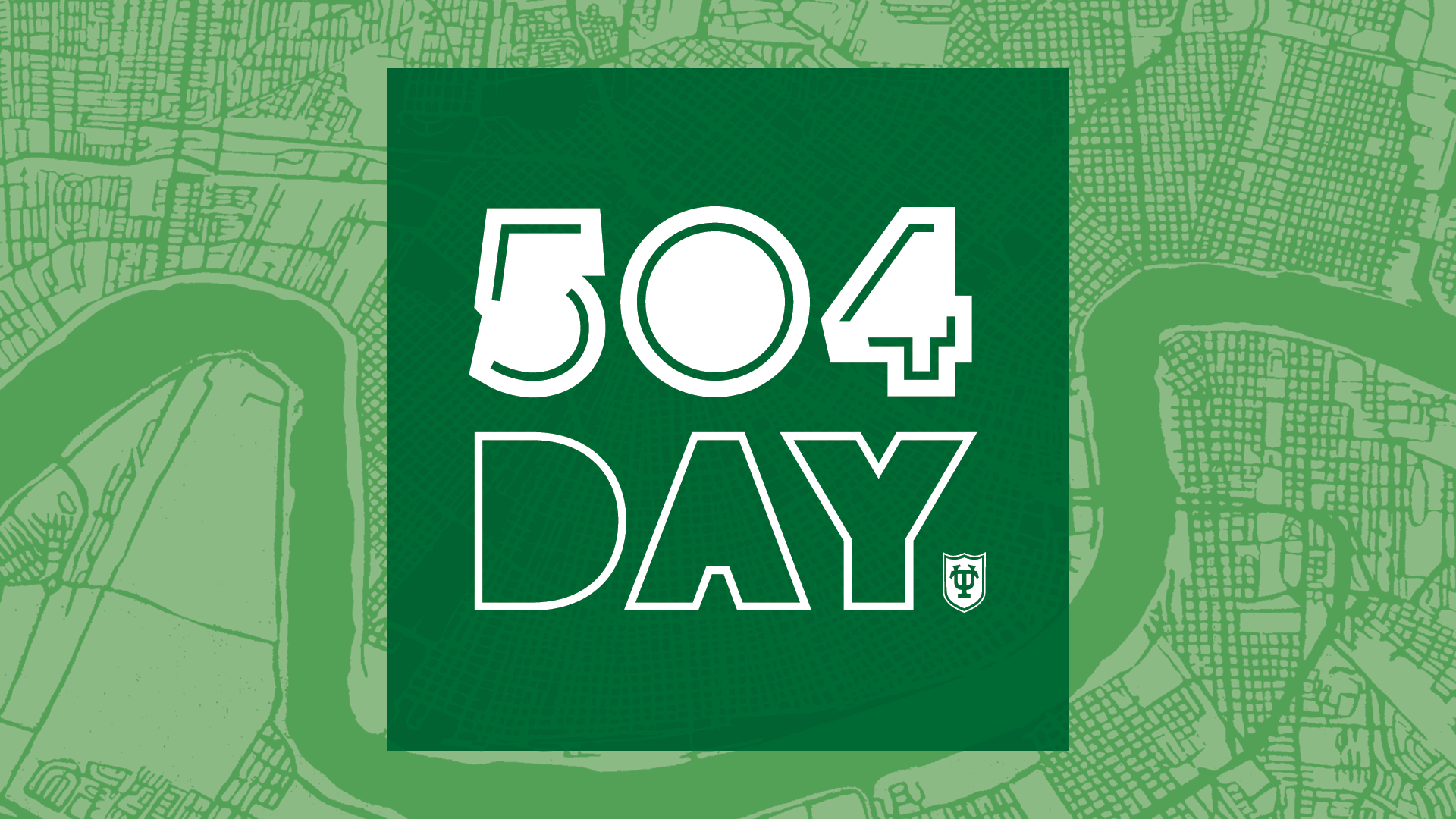 Thank you, New Orleans! Thank you for being our home and being the air that gives us life. May NOLA shine forever! 504, we raise our glass to you! 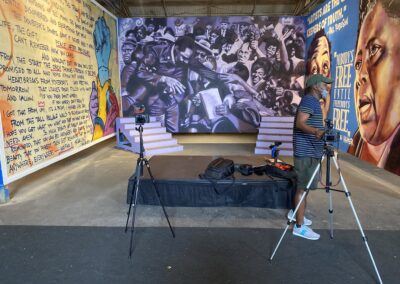 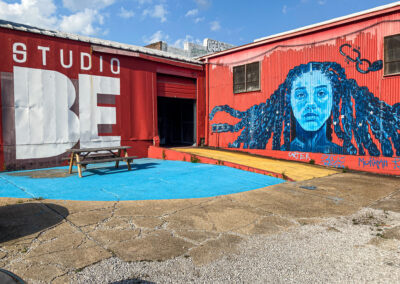 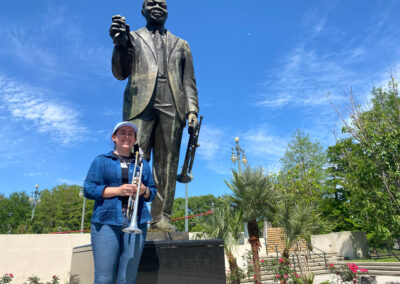 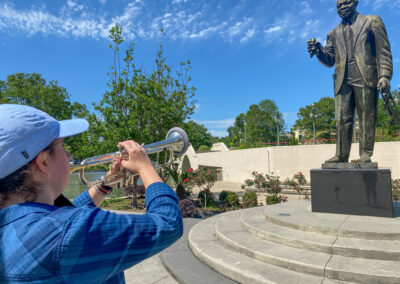 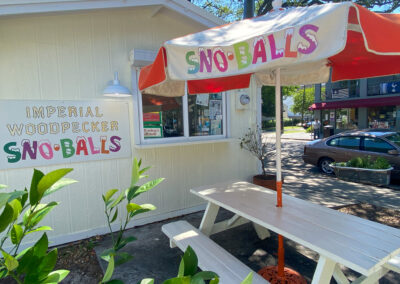 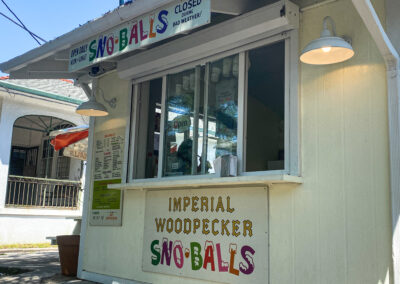 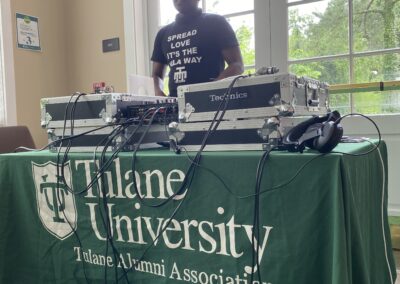