SEEING THE ‘GLASS HALF FULL’

Franziska Trautmann (SSE ’20) and current Tulane University student Max Steitz started their glass recycling operation out of the backyard of a Tulane fraternity on Broadway Street.

Glass Half Full has grown so dramatically in the past year that they relocated to a 40,000-square-foot warehouse in Gentilly. There, they crush glass to sand, with hopes to one day use the sand to save Louisiana’s eroding coastline. 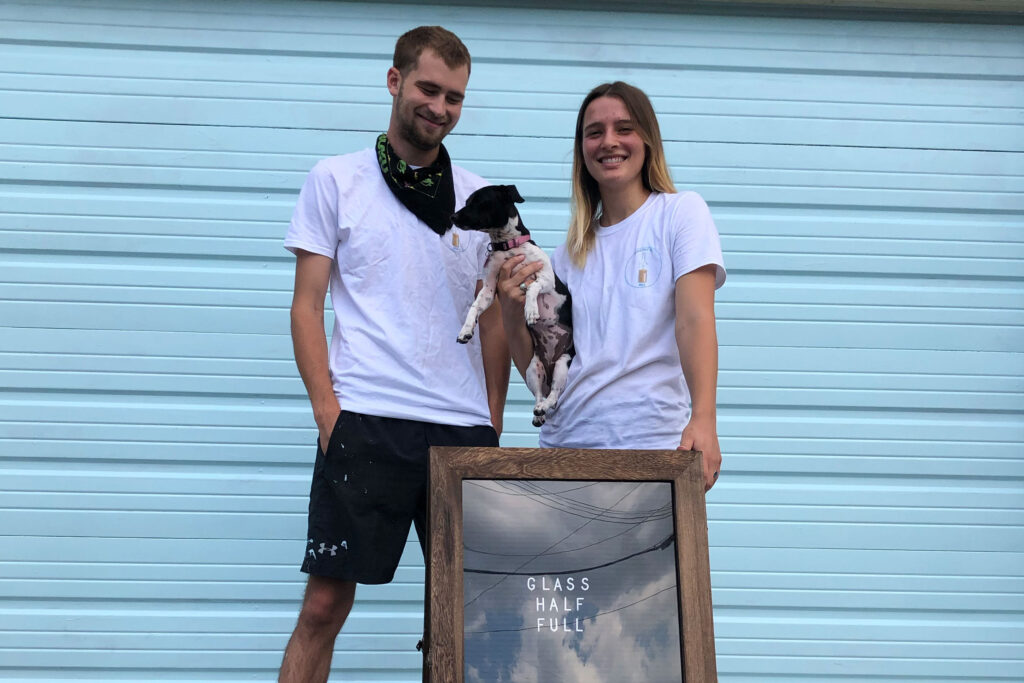 “The problem facing the state is really profound,” said Steitz. “We lose, on average, a football field’s worth of land – 100 yards – every 100 minutes. What’s better than taking something that is being thrown away by the truckload into our landfills, taking that and turning it into something that we can use to protect our coasts?”

Steitz, who is majoring in international development, and Trautmann, who majored in chemical engineering, co-founded Glass Half Full in January 2020.

So far, Glass Half Full has diverted one million pounds of glass from the landfill. They turn that glass into sand and cullet. Ultimately, they plan to use the sand to help save the coast, but now it is being used for terrazzo flooring, sandbags, soil mixtures and sandblasting. 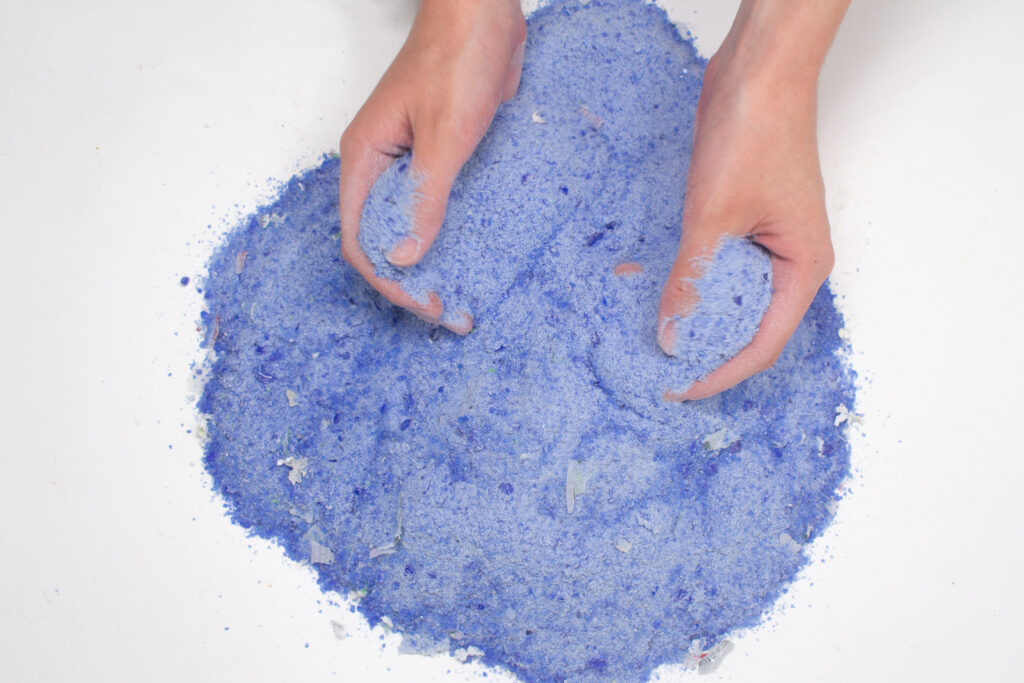 Meanwhile, Trautmann and Steitz are seeking city and state approval to use the sand to save Louisiana’s coast. Trautmann is using her chemical engineering background to work with Tulane professors to conduct experiments to research the glass’s toxicity.

“I’m testing the contaminants that might be present in our sand due to anything from labels to leftover sauce or oil or alcohol, you name it. The preliminary results are very promising. There’s very little contamination,” said Trautmann. They’ve applied to the Center for Public Service at Tulane for a grant to continue the research.

What’s better than taking something that is being thrown away by the truckload into our landfills, taking that and turning it into something that we can use to protect our coasts?
–Tulane senior Max Steitz, co-founder of Glass Half Full

The City of New Orleans doesn’t accept glass in its curbside recycling program, so when Trautmann and Steitz conceived of Glass Half Full, they knew they had the potential to meet a great demand.

They reached out to a large recycling company for guidance at the outset. “They said, ‘you’re going to need a $5 million investment to build out this plant, and we don’t really foresee it working in another way,’” Steitz remembers. “Clearly, that wasn’t a possibility for us at that time, so we decided we were going to try and do it in a lot more of a grassroots approach.” They launched a GoFundMe campaign, and started getting small dollar donations, raising about $20,000 in a first campaign. A second crowdfunding campaign has raised nearly $75,000.

Those initial donations were used to buy machinery. When they were headquartered at the Zeta Psi backyard, they used a small machine that could only be fed one bottle. Now they use machines that can process 2,000 to 4,000 bottles at a time, which was a huge upgrade. They also bought a forklift and a company van.

They outgrew the fraternity backyard, moved in June 2020 to an uptown warehouse, then into their current space in Gentilly. There, they collect glass through free drop off three days a week, which brings in about 25,000 pounds of glass a week. They also pick up glass from 700 homes and 10 businesses. Most of the glass that Glass Half Full receives comes from individuals, said Trautmann.

They have been featured in local media, as well as catching the eye of Good Morning America and The Guardian. Glass Half Full got a boost when they were featured in the end of 2020 in Mike Rowe’s Returning the Favor, a reality show on Facebook Watch that traveled around the United States in search of people doing good work, often presenting them with money to allow them to do more good work. The Returning the Favor film crew arrived in New Orleans, pretending to be filming a documentary, but then into the warehouse walked a brass band and a presentation-size check. They surprised Trautmann and Steitz with $32,000 to be used for a glass pulverizer. 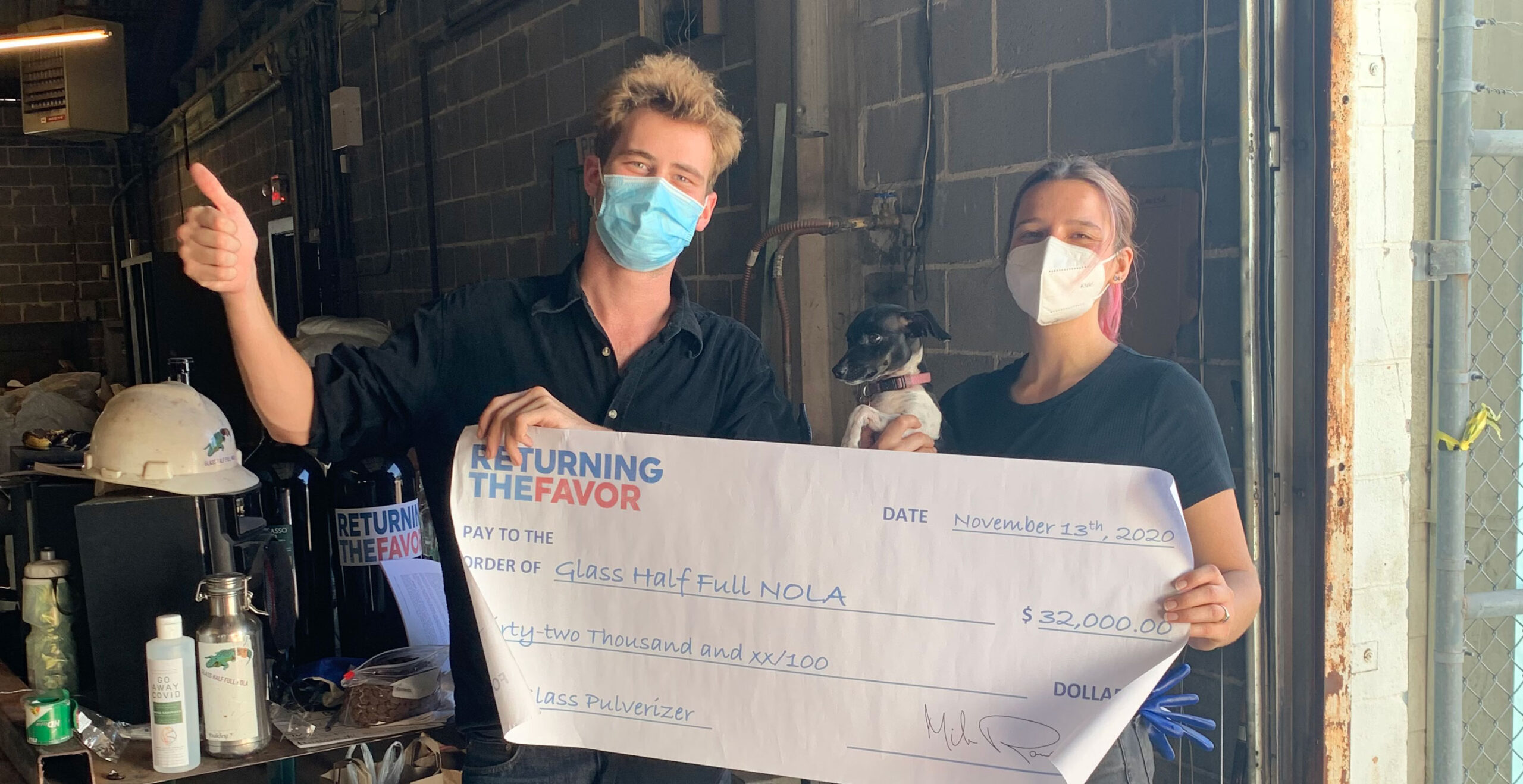 Steitz recalled that the show had even created a website for the fake documentary. “It was like some CIA stuff,” he said.

“We were so surprised,” Trautmann said.

Trautmann and Steitz are seasoned social entrepreneurs, developing novel ways to address social issues. When they were Tulane juniors, they started Plant the Peace, an environmental nonprofit that planted trees to sequester carbon dioxide from the atmosphere via playing educational computer games. Before they wound down Plant the Peace to focus on Glass Half Full, they had reached the milestone of planting 100,000 trees and users had answered one million trivia questions.

They both believe that Tulane fosters an environment ready for social entrepreneurship. Trautmann said Tulane’s graduation requirement that all students complete service learning encourages students to get off campus and engage with the community. “The service-learning aspect of Tulane, it really makes you question what New Orleans as a community might need and what gaps might need filling.”

New York City native Steitz agreed. “There’s also this element of Tulane really cherishing the city that hosts it and kind of pushing that on its students from day one that this really is a special city, and it’s worth exploring, number one, but it’s also worth, if possible, helping giving back to that city that gives us so much throughout our college experiences. It’s unlike anywhere else in the world to go to school.” 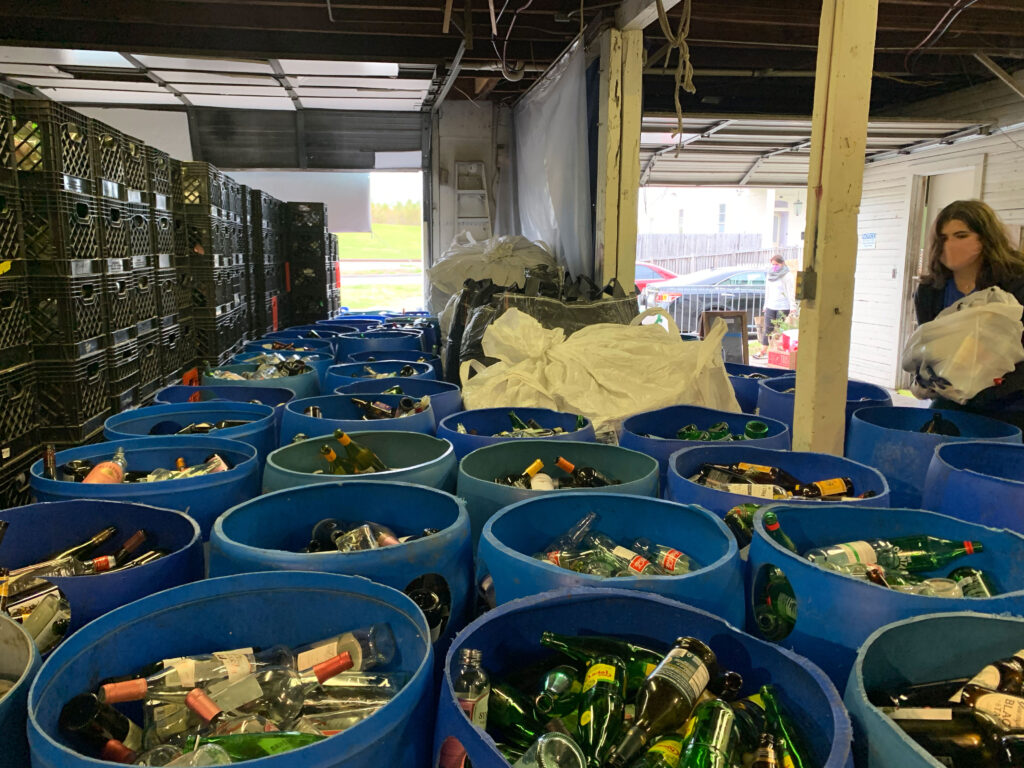 A few months ago, the minds behind Glass Half Full launched a 501C3 nonprofit called Glassroots that works to expand access to recycling through community outreach and educational opportunities. They work with New Orleans schools to teach the importance of recycling.

Glass Half Full now has six employees and a network of 250 to 300 volunteers. The founders hope to scale Glass Half Full, taking what they have learned in New Orleans and applying it to other cities without glass recycling programs.

“So, hopefully being able to prove first, that it can work in New Orleans and that this model is sustainable and replicable, and then moving on to other cities and being able to recycle glass there as well,” said Trautmann.

They thanked the many Tulanians who have supported their venture from the very beginning and now as they are growing exponentially.

“We wouldn’t be here today without the Tulane community, whether it is volunteers to help or just the broad support of Tulane students, professors and alumni,” Steitz said. “It’s been really, really humbling to say the least. And we’re very grateful.”

The service-learning aspect of Tulane, it really makes you question what New Orleans as a community might need and what gaps might need filling.
– Franziska Trautmann, Tulane 2020 graduate and co-founder, Glass Half Full 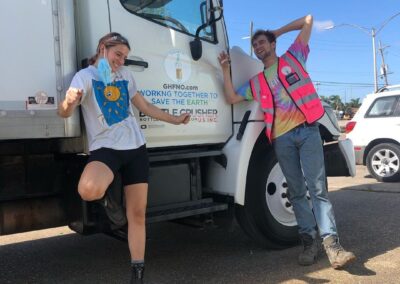 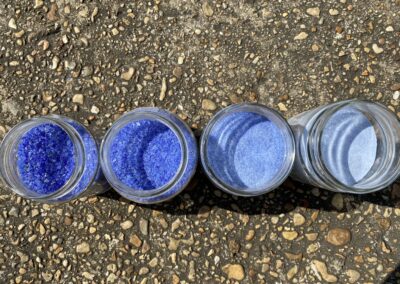 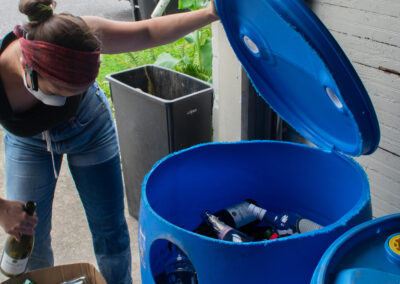 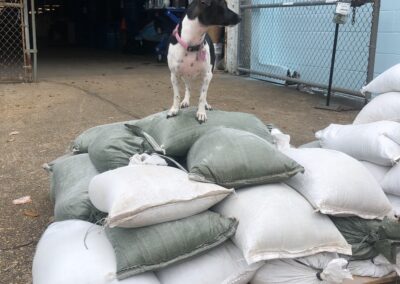 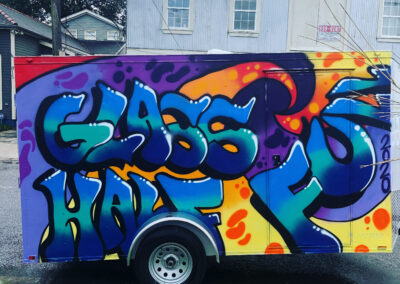 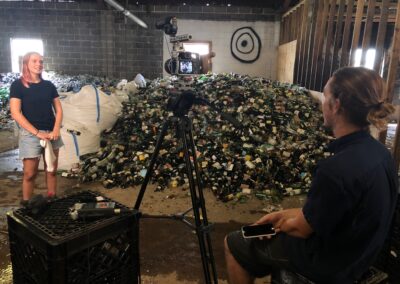 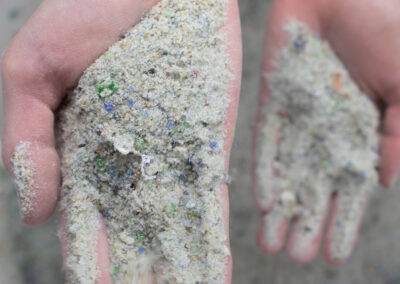 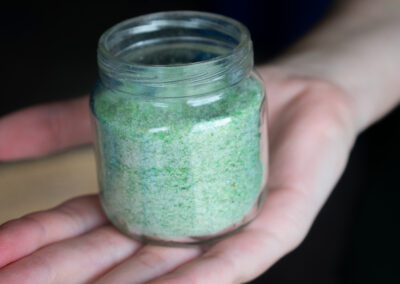 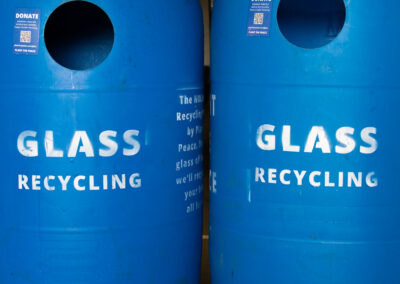 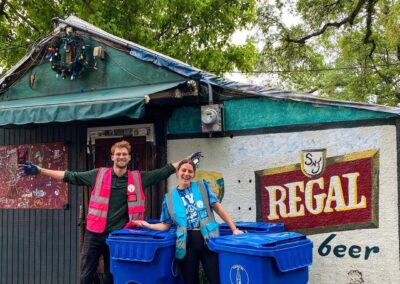 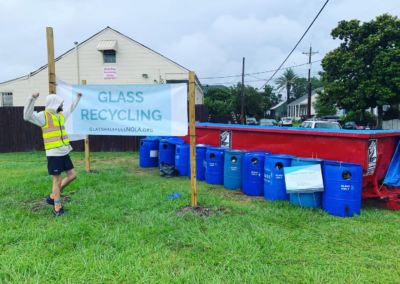 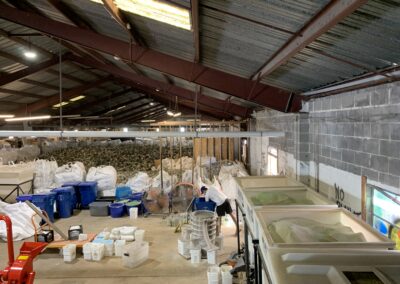 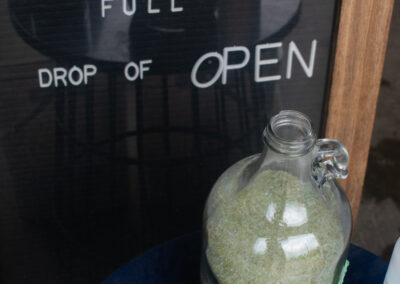 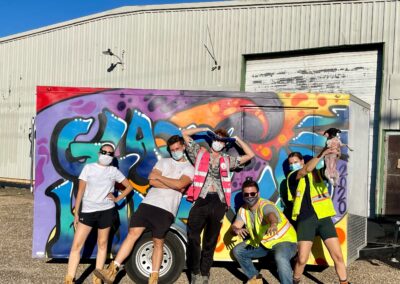 ← Celebrating the 504 A quest to reach every child →